It's time to explore British, Irish, US records on FindMyPast! Also includes newspapers and military records!

As announced on the FindMyPast newsletter:

If you are not a subscriber to FindMyPast, they have announced a free weekend 18 - 21 September. If you are a subscriber, they will extend your subscription by 3 days!

For more information, go to FindMyPast Free Weekend.
Posted by Nancy Trimble at 1:59 pm No comments:

After You’re Gone: Future Proofing Your Genealogy Research - FREE Ebook until May 11th

Thomas MacEntee has done it again - freely offering a great value to genealogists.

What do you do about your copious genealogy research after you die? What about the subscription websites that continue to auto-renew your subscription?

Thomas answers these questions and more in a very thoughtful way, getting you to think about an issue you may have been avoiding.

His book is available free through Amazon, but if you are in Canada don't click the first link! Take time to ready the whole blog post and then choose the Canada Amazon link to get his free e-book. But hurry, the offer ends on May 11th. 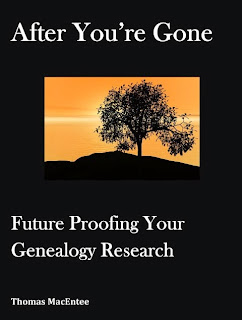 Posted by Nancy Trimble at 12:12 pm No comments:

Who Do You Think You Are Live Conference Handouts Free

In the US & Canada, when one thinks of WDYTYA, you think of the US TV show.  In the UK, besides there being a TV show, there is also an associated conference held called Who Do You Think You Are? Live

Since many of us have not nor will not ever attend this conference, it’s great that select presentation handouts are available online.

This link is to an archive of WDYTYA? Live Speakers’ Handouts (created by the Society of Genealogists) for conferences held in 2014 & 2015.  These are FREE to access and it’s a great collection of topics and not just about UK research!

Posted by Nancy Trimble at 1:04 pm No comments:

Email ThisBlogThis!Share to TwitterShare to FacebookShare to Pinterest
Labels: Free, Handouts, UK, Who Do You Think You Are Live Conference

FREE ACCESS EASTER WEEKEND! Free access to Ancestry.uk starting today through Monday, April 6th. For those of you in the US who don’t have a World subscription, this might be a good way to access those UK records. Visit http://ancestry.co.uk for more information.

Hope you find a relative or two!
Posted by Nancy Trimble at 10:58 am No comments:

FindMyPast has invited us to celebrate Irish Family History Day with a Special Offer! 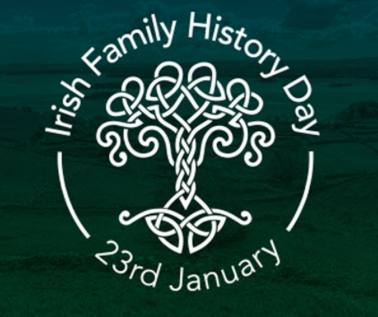 And, they have a Special Offer for you: a 1 month World Subscription for ONLY $5.00 USD. Click here.

Hurry, this offer expires at midnight Jan. 27th!
Posted by Nancy Trimble at 6:56 pm No comments:

If you are an OGS (Ontario Genealogical Society) member, don't forget about the next webinar. Sign on to the OGS website, sign in to the Members Only area, then choose Webinars from the Members Only tab. If you have not already downloaded "Adobe Connect", go to the webinar page ahead of time to make sure you have the program installed before joining the webinar.

Posted by Nancy Trimble at 8:49 pm No comments:

There are now 9 million historical newspaper pages to explore at The British Newspaper Archive (www.britishnewspaperarchive.co.uk) after the website reached a major milestone this week.
Product Director Ian Tester commented, ‘We’re thrilled to have reached 9 million pages and have already started chasing the next big milestone. Customers tell us that they’re making amazing discoveries every day, whether they’re researching their family history, the First World War or the history of their local area. Our focus on local titles means that you can find stories from all around the UK and with the recent addition of more Irish titles, we’re becoming a more useful resource all the time’.
The British Newspaper Archive has grown massively since it was launched in November 2011. 282 British and Irish newspaper titles are now online, covering 1710-1954.
45 newspaper titles added so far this year
Thousands of pages are added every week, so coverage will just keep getting better. More than 2 million pages and 45 new titles have been added to The British Newspaper Archive so far this year, including the Daily Mirror, Daily Record, Dublin Monitor, Lancashire Evening Post, London Evening Standard and Sports Argus.
Register for free at www.britishnewspaperarchive.co.uk/account/register to receive monthly updates about what’s being added to the website.
Vote for the newspapers you’d like to see online
Is there something you’d like The British Newspaper Archive to digitise? You can now suggest titles and vote for other people’s suggestions on the website’s feedback forum:http://help-and-advice.britishnewspaperarchive.co.uk/forums/243704-newspapers-we-should-add-next

Posted by Nancy Trimble at 10:53 am No comments: